Signing with a traditional publisher is worth the time and sweat it takes to be accepted.

After writing ten drafts of my first novel, Rachel’s Secret, and after having the eleventh version rejected by countless agents, the thought of self-publishing seemed pretty enticing. Then, I began to notice the reams of self-published books online for ninety-nine cents, by people who claimed to have written a dozen books, and I kept writing and editing. I didn’t see myself as a salesperson paying to have my own books printed, hawking cheap, unedited e-books; I saw myself as an author.

Two drafts later, my manuscript was accepted by both an agent and a publisher. It took a year to get a contract, but this document gave me the credibility I wanted, along with the benefits of royalties, a professionally designed cover, a North American distribution network, and an excellent publicist.

The hard work begins after the contract is signed.

During our first conversation, my publisher told me I had a good manuscript, but there was still a long way to go until it would be ready. I hung up the phone and felt like I’d been punched in the stomach. A long way to go? After thirteen drafts? This is what separates authors from many self-published writers. Good editing. First, the publisher’s in-house editor gave me revisions. Then, I met with a freelance editor, once a publisher himself, who gave me more changes. Next, copyediting and line editing. Back to me for a final review, in which I found a couple of typos. Amazing that after so many people going over it so carefully, mistakes had been missed. Again, the difference between many self-published and traditionally published books.

Even with a publicist, you need to become a self-marketing machine.

Soon after my manuscript had gone to print, the publicist sent me a social media guide that overwhelmed me in scope and pages (44). Without revealing my age, I will say that I used a typewriter for essays in high school, so I’m not as media savvy as my children who have grown up with the Internet, iPods, and Facebook. Using Twitter, Linked In, Google, You Tube, Goodreads, and, of course, Facebook, authors now have the ability to connect directly with readers all over the world, as well as book clubs, book stores, newspapers, magazines, and a myriad of on-line publications. I started blogging, joined Twitter and Linked In, had a trailer produced for You Tube, and became consumed with social media.

My publicist took care of entering my book for awards and reviews, and I worked on building a platform as an author. At first, it was kind of fun, being part of the new media, and I have to admit I liked bragging to my kids about my growing number of Twitter followers. But as time passed, I began to resent the time it took away from my writing. Plus, you have no real way of knowing if all this time is translating into book sales. Still, every author uses social media so it must be working, right?

Other authors’ successes will chip away at you until you feel like a trampled blade of grass.

Once the euphoria of being published wore off, I began to notice how other authors were doing. Even though I’d won a couple of awards and had starred reviews, I wanted more. In fact, I wanted all the attention, all the readers, all the reviews (only good ones, of course). I wanted all the other authors to go away so that I shone. Then, I started reading dead authors because no matter how good they are, they’re dead.

Royalties through on-line sales like Amazon suck (through a traditional publisher).

My first royalty statement arrived and I opened it with shaky hands. Lots of numbers swam on the page. It took a few minutes to decipher, and when I finally figured it out, the number of books sold didn’t match the royalty amount. My husband, with a much keener eye for numbers, pointed out that Amazon commissions are a fraction of those from print. I thought about all the people I told to buy the book on Amazon. I ripped up the paper and binged on chocolate. Then I told people to please buy my books in stores.

The high you get with your books in stores is addictive.

Seeing my books for the first time in stores was almost like seeing my children right after they were born. Only the gestation period for my books was much longer than the nine months it takes a baby to form. And my one book seemed quite small and insignificant within the multitudes of books lining the shelves. I felt a flutter in my chest, a restlessness in my bones. I recalled the hours spent alone, in front of my computer, the struggles to find the right words, the pain of revisions, the letdown of royalties. Then I ran my fingers down the spine of my book, the book I’d dreamt of writing since I read Little House on the Prairie and To Kill a Mockingbird, and I started thinking about my next one. 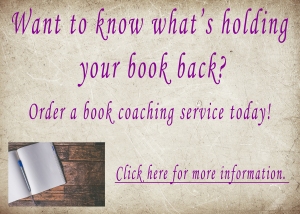 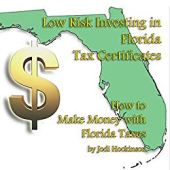