One day is all it takes…

As a bounty hunter, Rhael chases down the Corrupted, people with unnatural abilities too powerful for the rest of society—something he learned firsthand when they killed his father years ago. But when Rhael and his crew are ambushed by the very people they were sent to capture, it changes everything.

Phessipi leads a desperate group of rebels who are fighting for their lives just as much as their freedom. Any day now, a group of bounty hunters could swoop down on them. They all look to her for answers, but keeping one step ahead of The Order might be more than she can handle.

Levas wants peace and order under the ruling class, something he’s devoted his life of service to, but the threat of a rebel uprising might be enough to upend the world he’s worked so hard to keep together. As the leader of the army, he’s always tried to be honorable, but with how fast things are changing, he might not be able to do that much longer.

Start reading The Silver Crystal and discover your next great fantasy series.

Find it on Amazon:

The Way of Stones – The Red Kingdom Series – Book 2 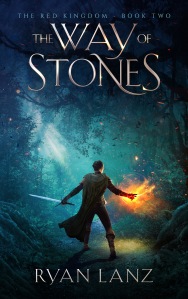 In a changing world, old loyalties might not survive.

The attack on Abalreen has failed. Phessipi’s band of rebels have regrouped in the forest, but she’s missing some of her key people. She’s finding it hard to move forward and even harder to come up with a new plan, especially now that The Order has its sights set on revenge.

Levas just wants things back the way they were, before the Corrupted attacked Abalreen, damaging his city and The Order’s trust in him at the same time. He used to be Lord Commander of the army, but now, he’s on the run, desperate to get back home.

Rhael is still coming to grips with having an ability, something that could get him arrested or killed. He knows how this works—he used to hunt Corrupted before becoming one of them. So when the most powerful man in Abalreen gives him a mission, he knows he needs to pay attention…even if it means betraying others like him.

The fight for survival always leaves casualties behind.

Find it on Amazon:

The Ark of Manhattan: A Short Story 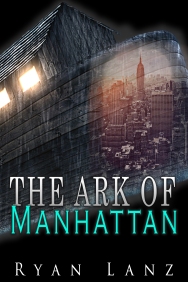 He’s worked the same dead-end job for years, riding the same grimy subway to the same shoe box they call an apartment, just to listen to his girlfriend yell at him about something he did wrong. He just wants something in his life to mean something.

One day walking home, he finds a book in front of his apartment door. While littering is common in their building, he’s more likely to find beer cans and razor blades than anything of value. It isn’t just any book, though. It’s a colorful, children’s picture book, depicting scenes from the bible.

Even though he’s not a religious person and has no plans to be, David sets off on a hunt to see who left it there to find out whether it was a strange, purposeful gift of destiny or a random happenstance. Meanwhile, he starts to develop a fixation with a particular scene on the last page, and the next logical step, at least to him, is to build a replica of Noah’s Ark in his eleventh story apartment in New York City.

Running into obstacles in his search for the original owner, he isn’t convinced he’ll find out who, but he has to try, while conflict arises when the crafting project turns both more random and larger than he anticipates. When his girlfriend finds out what it’s turning into, things only get more complicated.

You can find it here (free if you have Kindle Unlimited):

(and all other Amazon websites)

Shadows of Tomorrow features two thrilling, post-apocalyptic short stories, Only One Mask and The Price of Art.

Nob only trusts two things: his knife and his breathing mask–the latter because he has to.

Tricia once said he takes things too seriously. That was a long time ago. Now taking things seriously keeps him alive.

He’s used to taking what he needs without an ounce of guilt, but now he’s faced with a moral dilemma that threatens his survival. They’ve never given him pause before, but this time, it’s different.

The Price of Art:

She remembered thinking that growing up, and it’s still true today. Art never let her down. Art never made fun of her. And art never tried to kill her.

She didn’t ask to live in a world where paintings are used for firewood, but that’s her reality. She’s constantly told to think practically–humanity can’t afford anything but the necessities to survive anymore. But she fought back and finally found a community who lets her keep every scrap of art she finds, anything to protect them from being destroyed.

But the day finally comes where she might have to choose between her survival and the survival of her art. The world isn’t a nice place anymore, and hard choices have become a part of everyday life.

“In this collection, Lanz has given us two well-written tales with intriguing plots and compelling, well-drawn characters…I highly recommend these stories to fans of dystopian fiction.” – Catherine M., Amazon review

“A pair of well-crafted, thoughtful, dystopian short stories, investigating what keeps us human in extreme circumstances…the contrast between the settings: individual survival in Only One Mask versus group survival in The Price of Art, presents the reader with different ways to consider the moral dilemmas that are at the heart of all good dystopian fiction. Recommended.” – Marian T., Amazon Canada review

“Anyone who enjoys a well-thought-out story will want to read these stories. They’re powerfully evocative, with daily life mixed in with adventure to create a satisfyingly-immersive reader experience.” – Andrea L., Amazon review

The Idea Factory: 1,000 Story Ideas and Writing Prompts to Find Your Next Bestseller 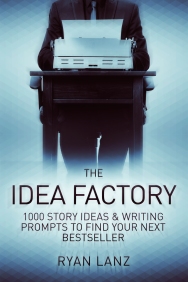 Do you have a hard time coming up with ideas on what to write?

Countless writers love to write fiction. Exploring a plot and fleshing out characters is part of what makes the project fun. However, few things are worse than staring at a blank screen with no clue what to write next.

These 1,000 prompts are designed to give you the combination of the idea itself, as well as concepts to help you create your own. In the introduction, we discuss the different methods for creating story ideas to continue long after you read the last prompt.

If you need help with inspiration, this is the book for you. Out of 1,000 story ideas and writing prompts, the beginnings of your next book is likely in these pages. Let’s find your next bestseller.

“I struggle to come up with ideas for stories and he has a 1,000 prompts and ideas that help with just that. Definitely worth it.” -Katie McCoach, Amazon review

“This book will be of help to someone embarking on writing for the first time, but also to the pro who needs to broaden his horizons.” -Rosanna Leo, Amazon review

“I found myself wanting to write something based on the prompts most of the time I was reading it!” -Marian Thorpe, Amazon review

Jessica’s world revolves around studying at college and affording prepackaged meals, which leaves little time for socializing. In fact, she is quite content without being noticed, which only makes the attention of a mystery texter all the more unwanted.

She isn’t unfamiliar with strange advances, but this is something entirely different. This person knows things about her. Things beyond just an average stalker.

Even after all that, Jessica would be much more content to forget than discover who is chasing her, electronically or otherwise. Eventually, she finds out that she can’t outrun her past.

“If you’re looking for a great short story where the ending isn’t exactly what you thought it would be, you’ve found it.” -Lisa T., Amazon review

“Let me preface my comment by divulging that I hold a master’s degree in criminology, have studied serial killers and have read a lot of true crime stories. This novelette was like a strong drink that creeps up on you. The suspense builds steadily and pulls you in.” -Amazon review

“…it genuinely kept me on the edge of my seat wanting to read more, which is perhaps the best compliment I can give to an author. For 99 cents it’s an absolute steal.” -Kdub’s Geekspot Reviews, Amazon review

For an outside snapshot, here are a few external reviews written by official book review bloggers: