In April, I was a judge for two writing contests – Dan Alatorre’s Word Weaver contest and Ryan Lanz’s short story contest. I was honored to be asked to fill the role once, let alone twice. And while I enjoyed judging great stories, I also learned a few things about how to make short stories better because some patterns emerged.

These tips can be applied to any short story, but I would pay closer attention to them if I were entering a story in a contest. Simply put, stories that didn’t do these things didn’t stand out as the best, at least not to me.

So, let’s get cracking.

Tip 1: Put the character IN the story

Repeat after me: action > reflection.

This means characters should do something, not just stand around/lie around/look in a mirror and reflect on their lives. I saw more than a few stories where the story was “told” by the character in this way. It’s more likely to be boring because we know the character made it out to tell the story, and really, they aren’t doing anything except standing around/lying around/looking in a mirror.

If your character is doing this, pick them up and put them into the original story. Show us what happens through their eyes and actions.

For the love of all things holy, if you’re going to submit a story to a contest, proofread it. If I had two stories battling for a place and one had sloppy grammar (I’m talking about patterns, not occasional typos), the clean one won. Every time.

By definition, short stories are, well, short. That means there is less space to bring in more talking heads, and adding a lot of characters in a short space can get confusing. Have one main character (short stories aren’t the best place to experiment with alternating POVs) and only as many secondaries as you need to tell the story. Cut all the others.

This is especially true for stories under 3,000 words. The more often you switch scenes, the more times you have to orient the reader to a new scene. I wouldn’t even try it for a story under 1,000 words. Too many scenes in a short space gets difficult to track.

In a novel, you have the luxury of fully describing anything you like (as long as it’s not boring). Not so with a short story. When you have only a few hundred or thousand words to complete a character arc, there isn’t space to describe their house, car, hair, or family. Stick to describing only what is necessary for the reader to understand what’s going on.

And remember – you can be sneaky and weave descriptions into actions. If the MC pulls a business card from a fraying Coach purse, what information is relayed?

This tip goes along with tip 5 but it’s broader. Scrutinize any back story, wordy phrases, or long paragraphs. Every sentence in a short story should move the story. If one doesn’t, make sure it earns its keep. If you need practice doing this, try writing a 99-word flash piece. You’ll quickly get an eye for what’s truly needed.

Step One of this tip is to know what the cliches are, and that means reading a lot. If you don’t read a lot, have a friend who does read your story. After critiquing for a few years, judging a few contests, and reading for basically my whole life, seeing something that’s been done a thousand times makes me stop reading. This includes (but is not limited to): “it was all a dream”, MCs describing themselves in mirrors, plot movement that results from eavesdropping, MCs that can do literally anything, YAs with red hair (yes, really), and MC orphans.

The best stories end with something no one saw coming (that is something besides it being all a dream). Ask yourself: what would the reader expect? Then turn it. Read this for more about twists and this for a 99-word example of one.

Read enough books and short stories, and you start to see basically the same stories over and over. It’s not necessarily a bad thing; they say there are only a dozen or so story ideas out there and every piece of fiction is that author’s variation of one of those. Even so, short stories are an ideal place to try those “scary” ideas, the ones you wouldn’t spend a whole book writing because it would be a tougher sell. Unique characters, settings, and premises will make a story among hundreds in a contest stand out. So write about the dragon butler, the farm that grows radioactive cantaloupes, or the teacher that shapeshifts into a hamster. If you’re going to write a short story, why not have some fun with it? 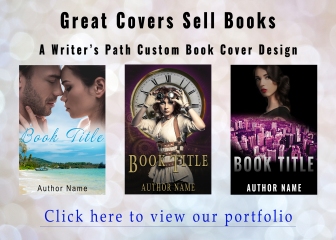 Leave a Reply to The Runaway Palate Cancel reply