Lately, I’ve been trying an experiment I’ve heard about for years with authors and never really took serious: writing every day.

Here are some quotes from writers on the subject:

“One thing that helps is to give myself permission to write badly. I tell myself that I’m going to do my five or 10 pages no matter what, and that I can always tear them up the following morning if I want. I’ll have lost nothing—writing and tearing up five pages would leave me no further behind than if I took the day off.” —Lawrence Block, Writer’s Digest

“[Y]ou will either write or you will not—and the only way to find out whether you will or not is to try.” —Jim Tully, Writer’s Digest

“Just write every day of your life. Read intensely. Then see what happens. Most of my friends who are put on that diet have very pleasant careers.” —Ray Bradbury, Writer’s Digest

“Keep a small can of WD-40 on your desk—away from any open flames—to remind yourself that if you don’t write daily, you will get rusty.” —George Singleton, Pep Talks, Warnings, And Screeds: Indispensable Wisdom and Cautionary Advice (In the same volume, he also said to keep a compass on your desk to remind you that stories need direction and shouldn’t move in circles—I think his desk must’ve been a bit cluttered, if he actually followed his own advice.)

Usually, I’ve been in the opposite camp. I like waiting until the words are practically spilling forth from my fingers before I sit down on write, where everything is bursting forth in enthusiasm and delight, or at least eagerness.

“You don’t actually have to write anything until you’ve thought it out. This is an enormous relief, and you can sit there searching for the point at which the story becomes a toboggan and starts to slide.” —Marie de Nervaud, Writer’s Digest

But I recently decided I needed to try writing every day because I don’t like writing half as much as I like rewriting. I like the feel of changing things around once there’s something on the page to change, of tweaking and modifying, of getting in the moment and not having to face a blank page of “I don’t know what comes next.” The trouble is, to get to rewriting, I have to write first, so I figured I need to hammer out the first draft, even if I don’t enjoy the process that much.

Part of this has been to make sure I don’t get swept away by editing other people’s stories. In addition to getting paid for it, I greatly enjoy it—nearly all the joys of rewriting without having to make the initial draft—and I could almost get so caught up in other people’s writing that I never finish my own (almost: there’s still that voice inside, these characters that want to have their stories written).

Now, my writing “every day” is a bit of a cheat, because it really isn’t every single day. If it’s the weekend and I’m busy spending time with my family, I don’t write. If I don’t have a clue what the next scene is, I don’t write; I think and mull and come up with the next scene. If I have clarity for a later scene in the same story, I let myself jot down my notes for that, and if some notes involve full-fledged lines of dialogue, I take those, too. After all, that means I’ll get to rewrite that scene when I finally reach it.

The goal has been to not lose momentum, to not lose sight of where I am in the story and to keep making progress, even if it’s just one scene at a time. And it is working. I’ve gone from no pages to 135 of them. How much I keep, as they are currently, remains to be seen, but out of the nothingness is coming a block of writing that I can chisel into a story.

So here are three things I’ve learned by writing every day.

So while the jury is still out as to whether I enjoy this new, mostly-daily method of writing, it has definitely changed my perspective, and it’s helped me get a lot of writing done in the process. Not bad for an experiment.

Guest post contributed by Andrea Lundgren. Andrea enjoys books and all things writing–from how we write to why we write–and her blog explores things from a writer’s point of view. 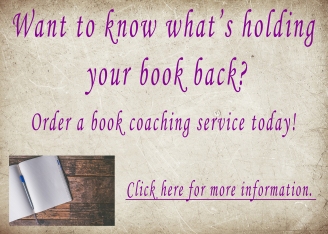 10 thoughts on “What Writing Every Day Has Taught Me”