When it comes to writing, there is nothing more daunting than writing a novel. Okay, maybe attempting to write a saga of twelve novels is a little bit more daunting, but let’s stick to just one for now. In my opinion, writing a novel is a little more difficult than say a short story or a poem. That’s not to say it’s more difficult than writing a good short story or poem, that’s just to point out that short stories and poems don’t generally run 60,000+ words — unless you’re Homer and write two epic poems that come in at over 200,000.

In any case, the enormity of a novel is disillusioning enough on its own, so while we’re at it, let’s disillusion some more.

Everyone Has a Novel in Them

The same is true for writing a novel. Sure, everyone has the capacity to physically sit down and hammer out enough words to write a novel, but does everyone have the capacity to write a good one? Even still, is novel writing something that someone can just wake up and do, or it is a learning curve of trail and error, observation and failure? By saying that everyone has a novel in them, we trivialize the skill of people who write for a living and chalk down writing a novel to simply reaching a word count. But for anyone who has written a novel, you know it’s more than that: it’s plotting and characterization and tone and theme development and atmosphere and so much more.

One Draft and You’re Done

This misconception is particularly cringe-worthy. I really feel for writers who think that they can get away with writing a first draft and then doing zero revisions or editing. Not only it is extremely advisable to read over your work at least once to catch any spelling, grammar or continuity errors, but first drafts (in my opinion) are meant to be the bare bones of a piece. Think you have an amazing first draft? Think of how amazing the second draft will be! Still not convinced to write a second? Well, give it to a beta-reader and come back in two weeks or so. Perhaps your judgement will be a little less clouded when the first-draft-finished high wears off.

You’re Getting Published so It’s Time to Quit Your Job!

Haha, if only that were true. I hate to break it to the hopeful, but a publishing contract does not equate to financial security — with or without an agent who’s got your back. That’s just simply not how it works. There are hundreds of thousands of novels published every year. You better believe that not every one of them is making $100,000 a pop.

That’s not to discourage anyone from trying — write if that’s what you were meant to do. But don’t think that you’ll complete and publish one novel and you’ll never have to work another day in your life. In fact, a UK study found that British writers made an average of £4,000 ($6252 American Dollars or $7140 Canadian Dollars) and only 1 in 10 professional authors were able to support themselves solely off of their writing. Kinda depressing, right? Yeah, but by now, I hope you’re not writing for the money. There are easier ways to make money that don’t involve perfecting tens of thousands of words, becoming an anti-social hermit, and potentially getting rejected hundreds of times.

But wouldn’t it be nice to be the exception?

Novel Writing is Not Work at All

I once wrote an entire blog post about this, so I won’t rant and ramble again here. To those who think that novel writing doesn’t qualify as work, I have one word: No. Actually, make that two: f*ck no. Yes, don’t get me wrong, I have fun writing novels, but I wouldn’t say that it’s something I breeze through. It’s blood, sweat, and tears. Okay, maybe a little less blood, but there are sweat and tears. And yes, I write because I want to, but that doesn’t mean I’m not warranted in calling a spade a spade. There’s no reward without work, right? Well, think of writing as no different. 85,000 words don’t just arrive with a big gust of wind.

Guest post contributed by Michael Cristiano. He works in editing and acquisitions for Curiosity Quills Press, and his freelance work has appeared on websites such as Nexopia, FluentU, and BlushPost. Check out his blog for more of his work. 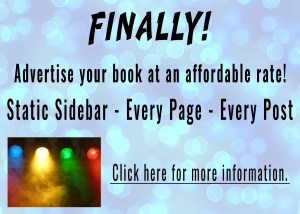 13 thoughts on “4 Misconceptions About Writing a Novel”