One of the most interesting, albeit difficult things a writer can do is create a story that allows a reader to actually experience what the protagonist is feeling. In such a story, ‘telling’ is absolutely forbidden. ‘Showing’ becomes everything. Certainly as a writer you’ve been told over and over to ‘show not tell’ but in most stories a certain amount of telling is not only acceptable but necessary unless you want your narrative to drag on for several hundred thousand words. While that might be acceptable to you, if you are sufficiently fortunate to have an editor, he or she will probably react poorly.

One novel accomplishing this is ‘Bellevue Square’ by Michael Redhill for which he won the Giller Prize. I cannot say in all honesty I enjoyed this book but Mr. Redhill is certainly successful in creating the sense of unreality perceived by his protagonist.

She is a woman operating a bookstore who learns of sightings of someone looking exactly like her. At first this seems to be a coincidental similarity, but as the book progresses, the protagonist is forced to question both her memory and her sense of reality. And this is where things become interesting because as reality starts to slip for the main character, Mr. Redhill leaves the reader to wonder what, and what not, to believe.

How is this done?

Step one is to lay out a fairly simple story. You need a basic plot with a few things happening and some objective established for your main character. A few impediments might be expected as in any story so toss some into the mix.  Next, toss in a few contradictions. They can be minor at first. For example your character hears the two o’clock news on the radio just as he or she is leaving the house to go to the store. Then, upon returning, notices the time is one-thirty, finds it puzzling but decides it must have been the one o’clock news on the radio. Next begin to challenge your character’s memory. Your character remembers purchasing raisins but can’t find any in the cupboard when baking cookies. No trace of the sales receipt can be found in pocket or bag. Did he or she ever go to the store? Having read your description of the trip, the reader will be faced with the same question. Did that trip happen or not?

The next step is to provide contradictory input from other characters. Your main character’s sister says one thing. Her son says something different. Her husband contradicts both. Just as your protagonist won’t quite know what to think, neither will the reader.

Once you’ve gone this far you’re ready to build up some pressure. Toss in questions and statements like, “Are you feeling okay? You seem a little distracted lately.”, “I met Dr. Whoever at the hardware store this afternoon and he asked me to tell you to make an appointment to have your meds checked.”, “But how could you have driven to the store? You told me the day before yesterday your car would be in the shop for the entire week.”

All this will work best if you write in the first person. I’m not certain it would even be possible to make this work in the third but it would definitely be more difficult.

These techniques create a sense of unreality for your character and some vagaries for your reader but you can increase the reader’s sense of unreality by retelling all or bits of the story a second time. Using as example the store trip I mentioned before, have your protagonist find him or herself in the store a second time. Make it unclear as to whether this is a second trip, a memory of the first, or the actual first trip and the intervening time was imagined. Likewise, describe a scene of driving somewhere before the comment about the car being in the shop is used. By reworking established plot points like this you will confuse and possibly frustrate your reader but they will begin to experience the same sense of unreality felt by your main character.

Another technique is to add a few possible hallucinations. The main character is searching for his keys. There is a knock at the door and a small boy says he found some keys and hands them over. The main character looks down and sure enough, the keys are the ones being sought but when he looks up to thank the boy, the step is empty. In those few seconds could the kid have disappeared behind a nearby hedge? Maybe, maybe not.

Immersing your reader in a confused mental state is a fairly complex technique and not one I’ve ever attempted; however, when writing stories delving deeply into the human psyche, I think it might be a valuable approach.

Guest post contributed by Doug Lewars. Doug is not necessarily over the hill but he’s certainly approaching the summit. He enjoys writing, reading, fishing and sweets of all sorts. He has published thirteen books on Smashwords.com. 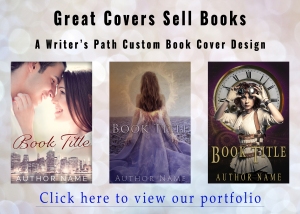 4 thoughts on “How to Write Immersive Fiction”