When the moderator of a recent women’s fiction panel asked me if I expected to be friends with the protagonists in the women’s fiction I read, I had the oddest reaction: my mind went blank. Madly scanning my mental spreadsheet of great fiction in an effort to be truthful, in front of an auditorium full of avid readers I would have been happy to impress, I could suddenly recall no protagonist in any book I’d ever read. Could I think of characters who were compelling, closed off, quirky, troubled, clever? Sure. But I had never thought to sort any of them into the column titled “friends.”

Since then, I’ve concluded that whether or not I like a character has never been relevant to my enjoyment of her story. I do not read to make friends, I read to expand my perceptions of what it means to be human.

Apparently that’s not true for everyone. A woman in my book club didn’t read our last pick, book club favorite Vanessa Diffenbaugh’s best-selling The Language of Flowers (which has a 4.5 star rating with over 3600 reviews on Amazon), simply because she’d heard the protagonist was weird. Come to think of it, our club members did agree we’d like to be friends with Jacqueline Winspear’s series character Maisie Dobbs, although her generally enjoyable story didn’t leave us with a lot to discuss.

Readers might even all-out hate a character—I’ve heard that said about Amy in Gillian Flynn’s Gone Girl—yet still come away from her story with new insight. We all have good and evil impulses, and characters such as Amy can help us recognize them in ways that can make us feel uncomfortable. This is not a bad thing. What keeps any of us from becoming raving sociopaths? It’s a great book club question.

In The Far End of Happy, my novel based on true events releasing next week, my three point-of-view female characters must make unwelcome choices and face shameful secrets while enduring the twelve hours of a loved one’s suicide standoff. Such duress rarely inspires one to go out into the world to make friends, and when writing these characters, the question of their likability never once entered my mind. I sought to develop them with psychological consistency, and in a way that would put them in conflict over the issues raised in the story. Much more interesting than whether you liked these women would be the question of what you would do in their place. How might you sustain hope? Another great book club topic.

My take on the issue of character likability is no doubt colored by my former long-time role as a dance critic. I’ve never felt that whether or not you love a work is the most interesting focus for discussion. The arts are subjective by nature. The very words you use to describe something will suggest whether you liked it or not because opinions cannot be avoided.

I’m also not so sure that whether or not you liked a character is a measure of her worth. After all, we want our characters to do the thing we all fear the most—to change. We want to learn from their mistakes and grow wiser while we escape unscathed. Yet is any permanent change ever the result of a painless process? Not in my world. We readers must share in the protagonist’s humiliation, shame, and grief so that the power of story can work within our souls as well. That discomfort, in fact, keeps us reading—our desire to reach the resolution can become an almost physical need.

So do I hope to make friends with the characters in the fiction I read? No. I care much more about whether I am moved to think about life in a new way. If I am, the literature achieved its goal.

I think I’ll stick to making friends because of books—through the writing community, fellow readers I meet online, and those I get to know over wine and snacks at book club—where interaction with real people discussing a character’s difficult journey will expand my ways of thinking and make me feel more fully alive.

What literary characters would you like to be friends with? Is character likability important to your sense of a book’s worth?

Guest post contributed by Kathryn Craft–with additional credit given to Women’s Fiction Writers. Kathrynis the author of two novels from Sourcebooks, The Art of Falling and The Far End of Happy. Her work as a freelance developmental editor at Writing-Partner.com follows a nineteen-year career as a dance critic. Long a leader in the southeastern Pennsylvania writing scene, Kathryn loves any event that brings together readers, writers, wine, and finger foods. She is a member of the Tall Poppy Writers. Contact Kathryn through her website, or she’d love to connect with you on Facebook or Twitter. 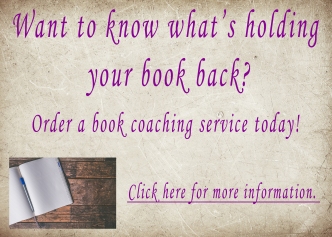 8 thoughts on “Are Likable Characters Important in Women’s Fiction?”