A good novel has three main elements; characters, a plot, and an over-arching threat. Much as structure is distinct from plot so too is threat distinct from conflict, but you need it all to create a really good novel.

Well, you need all four to create a publishable novel.

If you wish to write unstructured, meandering, rosy porridge on the daily you’re at perfect liberty to do so, but you may have a hard time selling it.

The difference is subtle, but important.

Conflict can best be described as the tension caused by someone or something opposing your character. When your character wishes to win a race they are in conflict with their opponents, the people around them who doubt them, and perhaps their own body if they are less than fit.

Threat is either the consequence of failure, or the danger that spurred them on. For example, the threat might be looming heart disease which pushes your character to get healthy, or it might be the forfeit for a bet they have made regarding the race.

Whatever the threat is in your novel it needs to be sufficiently significant to push your character onwards in the story.

There are a few broad “types” of threat you can employ to urge your character out of their door and into the plot. The most common are:

The threat of physical damage or even death is perhaps the most common type of threat you will find, especially in horror, action, and thriller stories. It doesn’t have to apply solely to the main character, either; threat can be levied on those close to the main character in order to push them. This is a form of emotional threat. Physical threat could be, but is not limited to:

Emotional threat or jeopardy is perhaps more subtle, and is most commonly a secondary threat. When someone close to the main character is in danger, or is targeted as a way to influence them the protagonist often suffers under emotional threat, for example fear that the death of that person will be their fault. It can also, of course, be a primary threat in certain situations, such as: 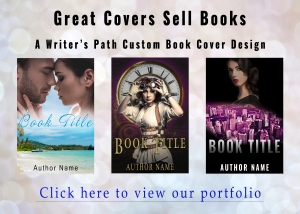 Perhaps most common in literary novels, and in narratives which focus on mental health, but almost always a secondary threat when present in other stories. The main character faces psychological threat often due to their lifestyle choices, past traumas, and the attitudes of their support network, but can also face such threat due to being in conflict with a manipulative and/or abusive person. In Rose Madder the main character faces psychological, emotional, and physical threat from her abusive husband with whom she is often in direct and indirect conflict. Psychological threat can be:

This is a kind of threat which puts the main characters position in the world in danger by putting their status, livelihood, or reputation at risk. This is a versatile form of threat which isn’t used as much as it should be (in my opinion); so many of us are invested in how we are seen by those around us that this can be a real motivator. Good examples of societal threat are:

The beauty of societal threat is that the consequences can range from small to life-changing, but the issues at hand can have more importance to certain people.

Ideally you need to think about layering the threats your character faces, much as you will include multiple small conflicts, to beef up your story.

In Taken, for example, the physical threat is to the protagonist’s daughter only at first. The threat then extends to the main character. Of course, his daughter also faces emotional, psychological, and societal threat; she is being trafficked for the purpose of sexual exploitation. For the main character this is a kind of emotional threat; he won’t be able to live with the distress, guilt, and trauma of failing his daughter because he knows what kind of life she will have.

In The Historian the characters face a mixture of physical and psychological threat; they simultaneously fear for their lives and sanity as they come to terms with the idea that Dracula still walks the earth. They also, however, face spiritual threat as they fear for their own (and each others) immortal soul.

Spiritual, financial, and identity based threats:

These threats are less commonly seen as the main factor, but you can see them laced through many narratives as tertiary or secondary threats.

Spiritual threat is most commonly seen in old school monster horrors; the character fears losing their virtue, their soul, and/or their faith. Loss of faith as a spiritual threat, however, can be seen in certain stories about the harshest moments in life. Consider The Last Days of Rabbit Hayes where Molly, the main character’s mother, wrestles to balance her faith with the ever-looming death of her terminally ill daughter.

Financial threat is almost always accompanied with other forms, e.g. the character faces defaulting on their debts and therefore losing their house, comfort and safety to face the dangers of homelessness.

Identity based threat is perhaps the most subtle and difficult to apply, but also one of the most potent forms given today’s society. We care about how we are viewed, and can understand the horror of coming to face something that contradicts who we think we are. This can apply to the main character and those around them. For example, in To Kill A Mockingbird Atticus faces physical and societal repercussions for his actions, but pushes ahead because to not defend his client to the best of his ability is to become a person he does not see himself to be. A person he does not want to be; Atticus sees himself as a rational, fair, upstanding man who upholds the law, and so he must act the way he does or he faces the threat of not being the man he thinks he is.

In Go Set a Watchman Scout, now grown up, realises that her father is less than perfect; he holds some of the racial prejudices which were so common in his day. He is not fully the man she thought he was because although he defended Tom successfully it becomes clear to her that it was because of his staunch belief that the legal system should be fair and without prejudice, not because it was a statement against racism. This is a threat to her identity, too, because she has built her own liberal, progressive, and anti-racist views on the foundation laid by her fathers defense of Tom.

Or, you can carry the threat on, as is so common at the end of horror films, by implying that someone else is next or that the antagonist has a successor (think the end of Kick-Ass where a once trusted friend becomes an enemy). In the case of certain threats there may be no way to fully resolve the situation, especially if they were applied fully or partially. At this point it’s about showing how your character can/will cope. Severed limbs will not likely grow back, and if they are replaced the trauma (mental, emotional) remains. Likewise for mentally ill characters there is no definitive end, but a reprieve and a new strategy to manage and cope with the reality of the novels aftermath.

Get your characters moving with a real and frightening threat, and whatever you do – Keep Writing!

Guest post contributed by Sheree Crawford. Sheree is a UK based content writer and ghostwriter and often writes about the art of writing. 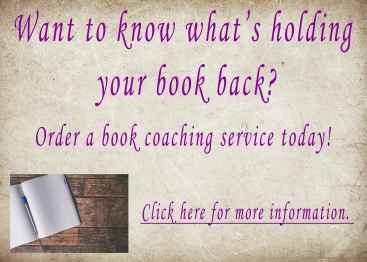 12 thoughts on “Threat: What It Is and Why Your Story Needs It”